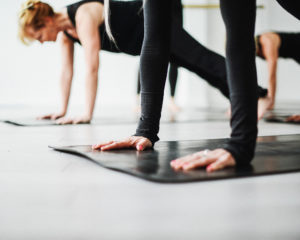 Through the years the Pilates Method has gradually evolved and integrated current bio-mechanical thinking, including utilising modern pieces of equipment.

At Assaya, we integrate the traditional methods developed by Joe Pilates with current research into bio-mechanics and functional movement.

Each class is designed with the Pilates Principles in mind as well as the physical demands of modern day life.

"Above all, learn how to breathe correctly." Joseph Pilates

Joe Pilates based his work on three principles: Breath, whole-body health and whole-body commitment. These Principles are traditionally cited as:

Originally called “Controlology”, the method that we now know as Pilates was developed by Joseph Pilates.

Born near Düsseldorf, Germany in 1883. His Greek-born father had been a prize winning gymnast and his German mother was a naturopath, believing in the principle of stimulating the body to heal itself without medical intervention.

He was a frail child, suffering from asthma, rickets and rheumatic fever. Determined to overcome these physical disadvantages, he began to educate himself in anatomy, gymnastics, yoga, martial arts and bodybuilding. He was particularly enamoured of the ancient Classic Greek "ideal man" who was equally schooled in cognitive thinking, philosophy, and history, but also maintained a finely tuned, athletic body.

By the age of 14 he had developed such a physique that he was posing as a model for anatomy charts. In 1912 Pilates lived in England working as a circus performer, boxer and self-defence instructor. During the First World War, he was interned with other German nationals on the Isle of Man. During this time he developed his technique of physical fitness further, by teaching his fellow internees.

Pilates legend has it that during the great flu epidemic of 1918, not a single one of the soldiers under his care died. He credited his technique for the prisoners' strength and fitness.

Pilates emigrated to the USA in the early 1920s with his wife Clara, and together they developed and taught the method in their 'body-conditioning gym' in New York in 1926. The studio was located in the same building as a number of dance studios. It soon became very popular, particularly with the dance community, as it offered a chance to improve technique or recover from injury. Word spread quickly and many celebrities of the day visited his studio. Joseph Pilates originally called his work “Controlology”. however since his death in 1967 at the age of 84, the method has been known as Pilates.

Other Classes
For Membership OptionsClick Here

Need to get in touch?